We are not only audiences receiving information anymore. With 280 characters and one click later we also become the producers – creating information and sharing our thoughts and views with people all around the world. I’ll give you a modern Australian example. Most of us watch Married at First Sight. If I was someone who did not watch married at first sight, but went onto social media to catch up on all the gossip, news and comments on the show.. I am still an audience participating and connecting with other people through this medium.

“It is impossible to understand social and cultural changes without the knowledge of the workings of media.”

Because of the grand ability to easily access media through multiple mediums, we are able to participate in civil and cultural events that are happening all over the globe. For example, if I were to post an event on facebook to protest in favour of the #metoo movement, I could possibly have thousands of different people either interested or intend to attend the event. There would also be opportunity for people who may disagree with the protest to comment their point of view, which in some cases may have a negative affect and cause other issues.

It has gotten to a point in society where one wrong comment or post could lead to negative harassment and even job dismissals in some escalated situations. McLuhan has also commented that media is just “one big gossip column that is unforgiving, un-forgetful and from which there is no redemption.” There is also no going back and deleting what was said has become near impossible these days. Anything posted on the internet could potentially last forever.

This “information war” has reached exceptional heights, even affecting presidential elections and uprisings in certain countries. It is a platform that can be used to share propaganda, and influence the minds of any person that comes across the masses of information that we see. Are any of us safe?

Check out: McLuhan, M. [1964] ‘The Medium is the Message’, in Understanding Media: The Extensions of Man for more information. 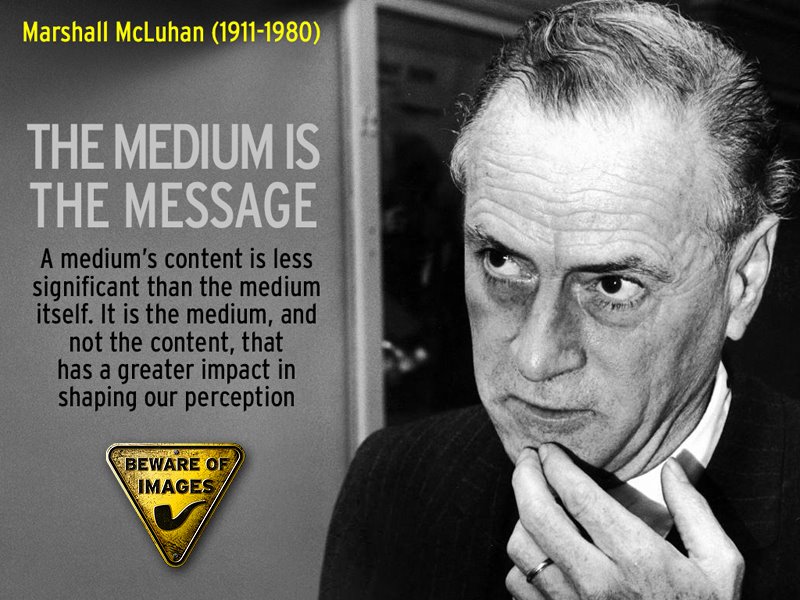 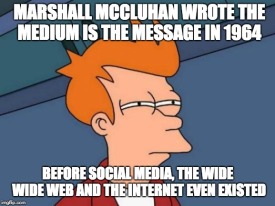